This was one of a few trips we took with a group organized by the University's international office. This time we took a bus to the city of Hameln, not too far from Bielefeld. 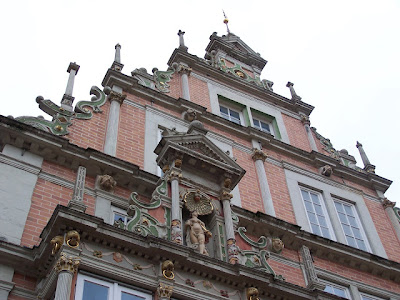 Hameln is not particularly well-known. What you do probably know, however, is the story of the Pied Piper. Little did you know that this is where the story comes from! The story begins in the year 1284, when the city of Hameln was being overrun with rats (and similarly, with plague). Legend holds that a man came forth saying he could get rid of the rats if the city would pay him. They agreed. He played his flute, and all of the rats followed him into the river, where they drowned. The story is already suspicious, because rats are apt swimmers, but that's beside the point... 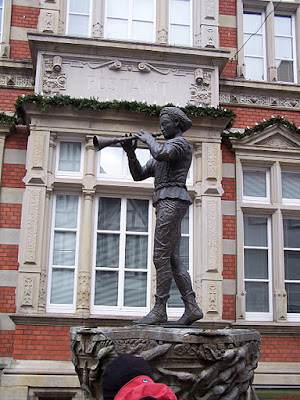 Anyway, the city did not pay the piper. Angrily, he played his flute again while all the adults were in church, and lured all of the children in town away with him, into the mountains. They were never seen again. 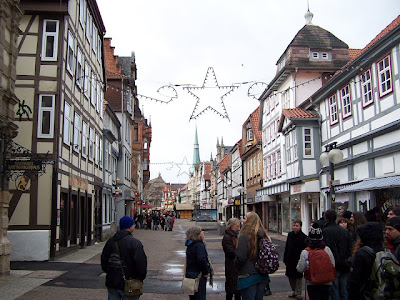 Historically, it appears that there really was a drop in the population of Hameln during this time. Some people speculate that it could have been deaths from the plague, or the colonization of Eastern Europe during this particularly difficult time in Western Europe. Some superstition remains; on a particular alley in the city where numerous children are said to have left from, music is still not allowed today! 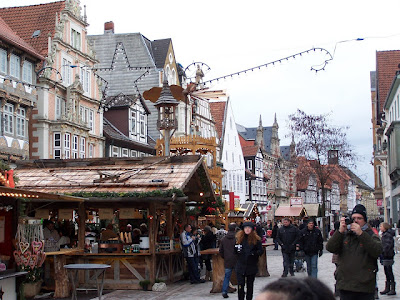 We visited Hameln during the early Christmas season...early enough to see the Weihnachtsmarkt. Much of it was the same as in other German cities, but one particular corner of the town center was made to look like you were stepping back into the middle ages, with musicians and even a rope-maker. 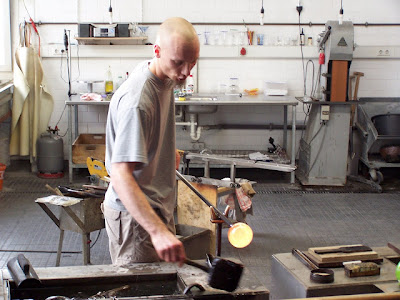 The highlight of the trip for me was visiting a glass-blowing workshop. We watched as a master glass blower sculpted a perfect horse in under 30 seconds, and then a perfectly shaped pitcher. The talent was pretty amazing. After the demonstration, we got to blow our own baubles! A ball of molten glass is dipped in small broken pieces of colored glass, and then you blow through the pipe as you turn it. I'm glad I had help....it was pretty hard, actually. 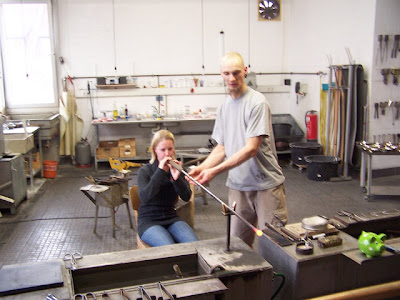 Click on the link below to see the rest of our pictures!