Our trip to Füssen was our first time visiting Bavaria, and it was stunning. Bavaria is the largest German state in terms of land area, covering 20% of the country. There is a very distinct culture here, and what most of the world thinks of as being typically German is really Bavarian (like lederhosen). 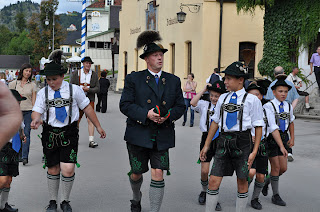 The change in scenery as we travelled south through most of Germany was amazing. The buildings look different than they do in the North. Things generally look a lot older, which is likely true since many of the northern cities have been completely rebuilt since WWII. There is a lot of farmland, and the cities seemed few and far between. The churches in Bavaria have a signature style, with turret tops that look like big, ornate onions. 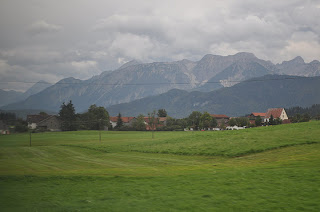 The town of Füssen is located only 5km away from the Austrian border. It is a small town in the foothills of the Alps, and undoubtedly gets most of its tourist traffic from people coming to see Neuschwanstein castle, like us. 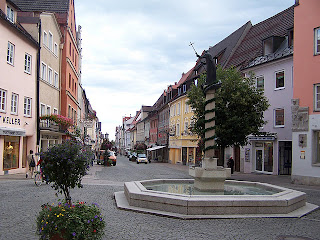 We arrived in Füssen on a Thursday, and went first thing Friday morning to see the castles....a strategic decision. Cinderella's castle at Disney World was modeled after Neuschwanstein castle, and like Disney World, if you go on the weekend and/or don't go early, you WILL wait in line all day. 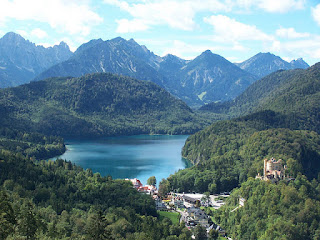 Although Neuschwanstein castle steals all of the attention, there are actually two castles here. The other, Hohenschwangau, was built by King Ludwig II's father, and was Ludwig's childhood home. We went to this castle first. Everyone must be part of a guided tour to go into either of the castles. We got to see the rooms where the royal family lived, and the doorways to passageways which ran through the walls of the castle, allowing servants to keep the fireplaces burning without being seen.
Rather than the inside, one of the best parts of the tour was getting to look out the windows! 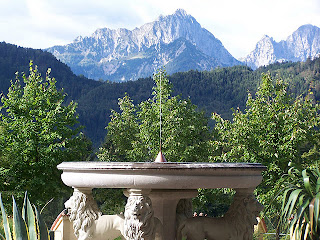 Next, we climbed....and climbed, and climbed, and climbed up the mountain to Neuschwanstein. The view was even better from this castle. King Ludwig II built it, among other extravagant castles. Sadly, it was never finished. Ludwig's uncle despised his eccentric spending and had a team of doctors declare Ludwig mentally unfit to rule, without ever having an in-person examination. Ludwig's uncle took the throne, and soon after Ludwig was found drowned in a lake. 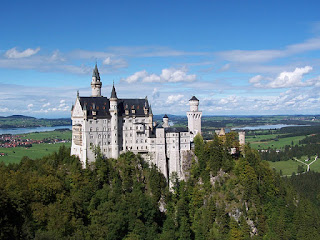 After seeing the castle, we took a trail to a bridge that spanned a really deep gorge. It took a little bit of nerve to go across it, but from the bridge was by far the best view of the castle. 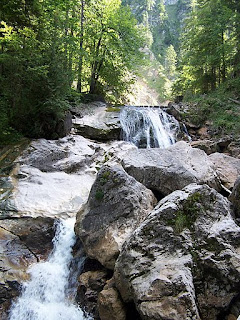 We took a different route back down the mountain which followed the gorge. We passed dozens of waterfalls, and a 'swimming' area that was ice cold (but I had to stick my feet in anyway). Taking this route was an adventure, and was less crowded...definitely worth it. 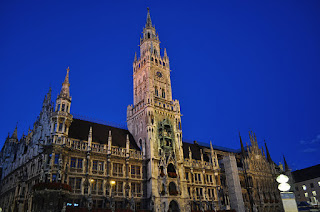 After leaving Füssen, we stopped in Munich on the way back north. Munich is the capital of Bavaria, and the third largest city in Germany. We only spent one day here, which definitely was not enough to see everything. We did get to see the Dachau concentration camp, but that's another post....

To see the rest of our pictures from Füssen and Munich, click this link:
Posted by The Land Family at 12:16 PM