One of the first things everyone thinks of when they picture “Rome” is the Colosseum. That was the case for me. What I didn’t realize was that there are literally hundreds of other archeological ruins spread over a very large area of Rome. In fact, the whole city is sitting on top of ancient ruins! After the famous fire in 64AD which burnt most of the city to the ground, a new Rome was built right on top of the old one. Ancient ruins are still uncovered in Rome, so there are new sights all the time. Still, the Colosseum is the crown jewel of Roman ruins, so I’ll start there. 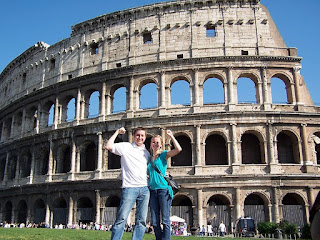 The Colosseum actually looks quite a lot like your average modern football stadium, except that it was made completely out of stones held together with iron clamps (no mortar), had tunnels, shifting floors, and hydraulic mechanisms that would be considered impressive even today, and was built almost 2,000 years ago. It was finished in just 8 years, which is even more impressive when you imagine the types of construction equipment that would have been available to the Romans in biblical times. This ancient amphitheater could seat over 50,000 people.
Battles between gladiators were not the only events here; there were plays reenacting famous battles or mythology, public executions, and a lot of animal shows. Bones from almost every type of animal imaginable have been found in the Colosseum. There was even a special waterproof floor built to reenact historical sea battles. Until relatively recently scientists thought the emergence of waterproof concrete came much, much later than what is found here. 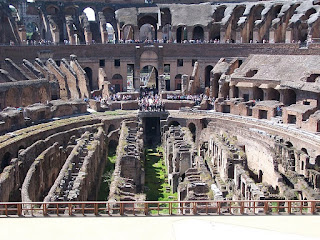 The floor of the Colosseum (which is now destroyed and reveals what is underneath) is full of tunnels where people and animals were held. Pulleys and a network of 80 vertical shafts allowed those people and animals to rise up out of the floor in different areas of the arena.
On one end of the Colosseum, you can see rows of marble benches. This is the area where senators and very important people sat during events. Seating in the arena was organized by a person’s class in society and strictly regulated. You can still see some places where inscriptions in the stone tell you who was allowed to sit in that section. In some cases specific names are given to specific seats. 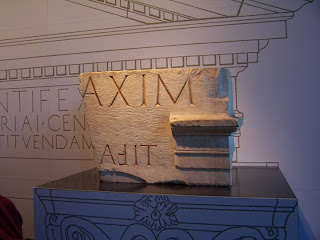 Next to the Colosseum is the Circus Maximus, where chariot races were held- it sort of looks like a big track and field ring. There is also the Domus Aurea, which was (and still is) a controversial project from the emperor Nero. Legend tells that Nero stood in costume and sang as the whole city burned. Many even say that he started the fire, but historically most of this is probably not true. What is true, though, is that right after the fire burnt down all of the buildings around the Colosseum, Nero leveled the area and built a beautiful complex of extravagant buildings and parks, much of which was funded through taxes imposed on the people. Most of the Domus Aurea is gone today. 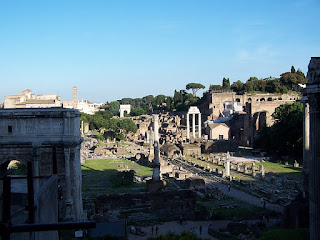 The largest collection of ancient ruins in Rome that you can visit today is part of the Roman Forum. The Roman Forum was the center of public life during that time. Elections and trials were held here, along with every other aspect of daily life. Today it’s hard to distinguish on building from the other, but they have maps which try to tell you what lies where.
One of the things that I really loved about the ruins was the way the plants grew around them. There were beautiful green vines everywhere, and bright red poppies poking up through the stones. It’s amazing to imagine how old everything is, and how many people have walked over the same stones since they were first put there. 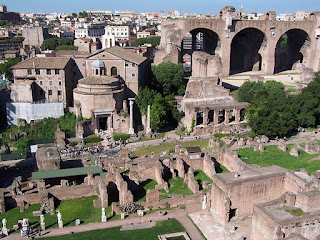 The Roman Empire was the source of most of the major world inventions for thousands of years. Still, so many things about Rome make it seem like it is behind the times by today’s standards. It’s almost as if they were 1,000 years ahead of their time, and then didn’t change much after that…